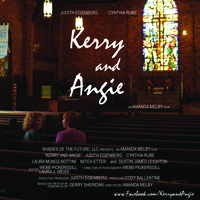 The We Like ‘Em Short Film Festival is a two day festival and offers several awards, including a $250 cash prize for Best Picture. It is held at the historic Eltrym Theater in Baker City, Oregon.

‘NETHERBEAST, INC.’ TO SCREEN AT HOLLYSHORTS

The Ronalds Brothers short ‘THE NETHERBEAST OF BERM-TECH INDUSTRIES, INC’ and feature NETHERBEAST INCORPORATED will both play together at the 2010 HOLLYSHORTS FILM FESTIVAL.  (Amanda appears as Hazel von Borscht in the feature)